About Us » School History

With sincere appreciation and gratitude Alvah A. Scott Elementary School is dedicated to Mr. Scott as a living and fitting memorial to carry on his belief and faith in the people of Aiea.

Alvah A. Scott School was established in 1956 and named after Alvah Alison Scott, a staunch and solid Aiea resident and leader. Mr. Scott was born in Wainaku, Hawaii, on May 7, 1887, and received his degree in mechanical engineering from Cornell University. His early career was associated with his father's Hilo Sugar Company in Aiea where he devoted much of his time and efforts.

Mr. Scott was responsible for the establishment of the Aiea gymnasium and facilities as a means of providing recreational outlets for young people of the community. Our large and continually expanding community is today's proof of his success. Scott won the respect and admiration of the people of Aiea and is remembered as a true son of Hawaii. Our school was dedicated to this outstanding member and leader of Aiea community.

Charles Griswold served as the first principal of Alvah Scott School from 1956 - 1965. He was followed by Clarence Kano in 1965, and by Mr. Harold H.P. Look in 1966. An additional honor was bestowed upon Alvah A. Scott School when Mr. Look was selected and recognized as Hawaii's Outstanding Principal of 1987. He retired in December 1989. Mr. Takashi "Bob" Matsuyama became the principal in January in 1990. He retired in 1996. Mrs. Helen Sanpei became our fifth principal in 1996. Mr. George Lai was the sixth principal from 2000 to 2006. Our current principal is Ms. Sandra Watanabe as of 2007.

For over fifty years, our school has educated thousands of youngsters and families in our community. Alvah A. Scott School, throughout all these years, has remained a warm, caring school whose primary objective has been to provide a good learning environment for it's students. 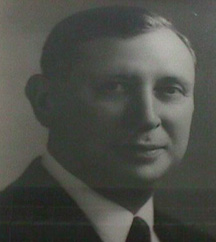